Please note - the internet has changed and as a result for some browser/device combinations this has disrupted the layout of this blog. The layout is Location, followed by the names of the fallen buried/remembered there. There is blank space after the last name for clarity - but this doesn't work reliably anymore.
The image below is how to read this blog

Sadly, since the Somme 1916, the numbers of casualties by unit within Regiment have become so large that the blogging platform can no longer cope, so from hereon in, they are at regimental level only.


Department of the Judge Advocate General In India - 1 Casualty


Duke of Lancaster's Own Yeomanry - 26 Casualties


Navy and Army Canteen Board - 2 Casualties

Posted by P Bryant at 23:03
Email ThisBlogThis!Share to TwitterShare to FacebookShare to Pinterest 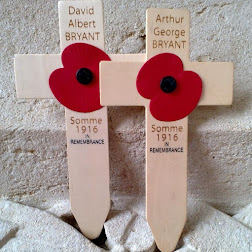 I'm cycling 350 miles from Normandy to Dunkirk or Help For Heroes, if you can please - please donate by clicking on the image